Android Giveaway of the Day - Albedo: A Reflectance App

Albedo is an app designed to measure the albedo (or reflectance) of a surface.
$1.25 heute kostenlos
Benutzer Rating: 0 (0%) 0 (0%) Kommentar hinterlassen

Albedo is an app designed to measure the albedo (or reflectance) of a surface. Albedo is simply defined as the ratio of light reflected from a surface to the light incident upon the surface. The albedo of a surface can be easily interpreted as the percent of incident light reflected by the surface (e.g. Albedo of fresh snow ~ 90%; Albedo of asphalt ~ 10%). The Albedo app is able to measure both the broadband albedo (across the entire visible spectrum) and the spectral albedo in the red, green, and blue color channels of camera.

IMPORTANT: Albedo requires the use of an 18% photographers gray card as a reference. Gray cards are widely available at photography shops and online. Visit the supporting website for more information on gray cards.

Albedo has an easy to use interface that guides users through the collection of two images: a gray card image and an image of any surface. After the images are collected they can be analyzed immediately. In the analysis of the images, the Albedo app calculates the albedo of the surface in the RGB color channels of the camera. The data is instantly saved and can be accessed again via the Albedo app or downloaded onto a computer from Albedo's data folder.

Albedo uses the camera as simple light sensor (photometer). Relative light intensity can be measured by normalizing the camera pixel values by the exposure. Therefore, the three color channels of the camera (RGB: Red, Green, Blue) provide a measure of light intensity in three regions of the visible spectrum.

The light intensity reflected from the surface is measured when the user captures an image of the surface. This is normalized by the ambient illumination using the gray card image. The final product is a nearly illumination independent measure of the surface albedo. Surface albedo is an important parameter used by environmental scientist to understand how different surfaces and substances interact with light. Albedo is commonly used in climatology, astronomy, and geoengineering. 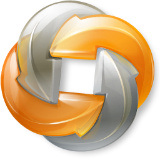