This giveaway offer has been expired. Classic Sudoku PRO is now available on the regular basis.

For each game mode there are four different difficulty levels, that are not measured by the number of set values but rather by the solving strategies needed to solve the game. 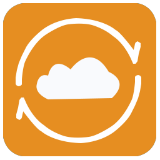