Android Giveaway of the Day - ConZentrate: Om Yoga and Meditation

Om Meditation helps to improve the focus of the mind. Om Meditation app makes it a fun event by setting goals that you can achieve and at the same time allowing you to improve your concentration. The result of every goal is to unlock a background or a ball or a background music.
The meditation techniques provided in this app is a very ancient and popular meditation technique mentioned in Patanjali's Yoga Sutras and has been around for thousands of years. The original name for this technique is called as Trataka in Sanskrit.
Patanjali's Yoga Sutras mentions this as "Ekatattva Abhayasa". It means the practise of One reality. Trataka is the
fixing of one's gaze, either externally or internally, on a point of attention. Together with this process,
a breathing exercise may have to be practiced to calm the disturbances in the mind.
More on Trataka Meditation can be found here http://en.wikipedia.org/wiki/Trataka.

Benefits of Trataka or Om Meditation app are
- Improves concentration, memory and mental power
- Some cases have shown to give spiritual powers
- Reduces stress and tension
- Improves motiviation power and foresight

The best way to use the app is
Focus on the moving ball and/or the sound of Om in the background.
Let your breath relax as you are doing the above step.
Once the mind is calmer then try focusing on the center Om or the dot.

The features in the app include
- Home screen to choose between Conzentration and Settings.
- Post a message to facebook to let your friends know about your practice and also unlock the Asato Ma audio file.
- A settings screen that allows choosing the time from 1 minute to "Forever" for your conzentration and different backgrounds that suit your mood.
- No ads on the Conzentration screen.
- Unlock new backgrounds/balls/music based on the time you meditated.
- Lots of interesting meditation music and chants to choose from.
- The bouncing ball can be touched at any time to remove it from the screen
- If you have not chosen “Forever!!!” in the settings slider then after the chosen time is over the restart button appears and your conzentration can be restarted if needed.
- Use the timer to set the amount of time to meditate. The meditation timer is present on the settings screen as a slider.
- Contains different meditation music like chants of Om, Om Namo Narayana, Om Namah Shivaya, Ocean waves, 2 Tibetan bells, Tanpura (Stringed instrument) and Jungle/Forest music.
- Contains light bulb on the OM ball screen that gives profound wisdom tidbits from the Vedas, Upanishads, Bhagavad Gita, Rumi, Ramana Maharishi, Swami Vivekananda, Swami Sivananda and other texts.
If you feel strained or stressed then stop immediately and let your mind/body system relax.
The app has a decent number of chants and meditation music and more are coming in the way. This meditation app has a timer in the form of a slider in it. This app also helps novices learn to meditate and overcome the difficulties in beginning meditation. The app includes pictures of some saints too like Ramana Maharishi, Mahavatar Babaji etc.
The app has very good gaming features and also integrates with Open Feint to post to one leader board and unlock meditation based achievements.
The app has facts and tidbits from various scriptures like Upanishads, Bhagavad Gita, Vedas etc. It also has profound truths from sages like Sri Ramakrishana Paramahamsa, Ramana Maharishi, Rumi, Swami Vivekananda and others.
The app has meditation online timer and lot of meditation online music to choose from. 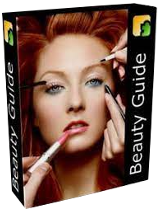