In this game you are going to be a mercenary who does every work he sees! To risk your life - this is what your job is, as long as they pay for that well!
After the phone call of your old friend who served together with you in special forces, you'll need to do a task... A company dealing with some biological developments offered good money for a job that, at first, seems to be easy. To find documents in one of the secret laboratories of the former competitors. Why not? And the wage is fair!

While striving for your goal, you will face the results of developments and mysterious experiments conducted at the biological center. People say that several years ago they had a virus leakage or something like that. After that, the company was liquidated, the area of the center was announced to be a forbidden and highly protected zone, and the whole accident never went public. What is waiting for you in the catacombs leading to the bunker with the secret documents and what happened with the group sent there before? Maybe, money is not the most important thing? Is the ordinary task going to become a real horror and a fight for life? There is a feeling of something bad. Prepare your outfit and start for the target point. 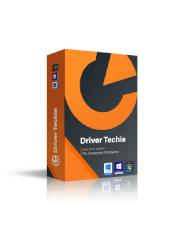