ECHO is a funky alien.
ECHO likes playing games with you.
But ECHO doesn't like losers.
Never lose against him... Otherwise he will kill you!
Try to survive the challenges that ECHO is preparing for you!

This is the Daydream VR édition of ECHO's original game !
Exclusive mini games are coming to live one of the best VR expérience !

Many more games are coming on the next updates !

From creators of Beasts of Legend VR! 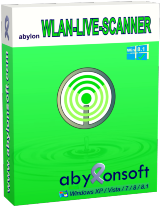