This giveaway offer has been expired. Extreme Car Stunts - 3D Ramp Driving Games 2021 is now available on the regular basis.

There’s no speed limit with impossible track driving game on the mid of sky. It can be most dangerous but awesome gameplay’s physics make it more beautiful and interesting for all kind of users with this car simulator game. It can be most interesting for you if you’re crazy about racing and stunt car driving games so you can make lot of fun. Drive a car on high tracks and step up your driving abilities at the level of legendary racing driver.

Car Stunt Race is an amazing game in impossible stunt games category which is enough to feed up your passion of racing. This car stunts game teaches you everything about extreme racing and drifting techniques. Perform some extreme car driving stunts on insane tracks and rule the road with roaring speed of crazy super cars. Massive high ramps are especially designed for those who love to race a car on impossible tracks.

Impossible stunt racing offers super stunting on mega ramps. Crazy track racing 2020 provides you one of that where you can experience thrill and all kind of madness as a genuine car racer.

Modern racing cars are waiting to be driven by xtreme drivers. Choose your favorite super speed stunt car from garage. Buckle up your seat belts, start the engine of your modern gt car and experience the rampage of extreme driving.

Impossible car game could be improves your driving skills exactly and make you master. Drive furious vehicle, sport cars on mid of sky tricky tracks to prove that you are ultimate stunt driver. You have to face lot of challenges on impossible tracks and have to save himself from obstacles.

Every level is thrilling, challenging and adventurous that makes it most exciting car stunt game 2020. Complete the xtreme ultimate stunts on impossible tracks with collecting points to become world best driver. Collecting coins from each check points by performing heavy stunts and need to do fast to reach finish line in limited time. 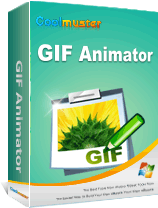