Tell others how they disappoint you!!!

This is a neat little party game for 2 (or preferably more) players. You only need one device:

3) hand the phone to each player who:
A) pick another player
B) secretly types a gripe about that player without directly naming the person
C) adds additional grievances for his/her turn
D) passes phone to next player

4) once players are done entering all their gripes... It's voting time!!!
5) each gripe will be read out in random order
6) the group votes on who it thinks the gripe is about (without giving away who said the gripe). No ties are allowed and the group has to pick only one candidate for that gripe.
7) a point is scored if you are chosen by the group and another point is scored to the griper if the group agrees with them.

8) after all Grievances have been debated and hopefully no one's feelings are hurt too badly the final score is displayed. The player(s) with the most points wins.

....You can enter in a gripe that you think someone else might say about someone. You will still get the point if the group agrees and it won't be announced that you were the griper.
...you can enter a gripe on someone else that really only applies to you...you will won't get a griper point though.
...you can enter gripes that don't apply to anyone in the group and see what happens
...can't think of a gripe? Enter "r" and pick a predefined gripe

Remember, don't be too cruel!!! 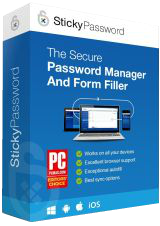