This game is simple but unique and exciting!!

- This game focuses on tactics and the deployment of opponent, only a small amount of randomness, a fault tactics even though re-play 100 times will not be successful!
- Player's abilities, moves and tactics can be seen in the game match, and you will realize when should you start defending or man-marking. (Set offside trap may be a good choice)
- As a coach, you can also participate in the match, the team need your "finger" fatal pass! Besides, your personal ability value will also be upgraded due to competition.

- Each player has a 9 abilities shown ​​and 6 hidden values ​​(you have to feel it from the game match)
- Not only allow you to set formation and tactics, you can also set movement of each player, man-marking or ask someone to try more long shot
- Opponent also keep changing tactics in match, sometimes even man-marking to your players, so keep an eye on the match!
- There are total over a thousand players in game which you can transfer or sell from your team!
- No in-app paid, we insist on fair play and safe to children!
- try using simplest English so that people around the world can enjoy! 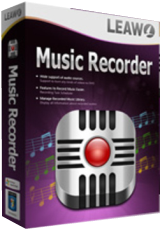