This giveaway offer has been expired. Grand - Icon Pack is now available on the regular basis.

A wonderful package of icons with a new and different style. If you're bored with the same designs on the icons, it's time to make a difference with the Grand Icon Pack. To use the icon package, do the following:

*Instructions for use*
Open the Grand UI application and go to the menu at the top left.
-Select set or apply.
-It will show you the launchers supported and in the first place the ones you have installed.
-Select the one of your preference and press accept. "I recommend Nova Launcher"
-You do not have any installed launcher just select it and it will take you to the download link of it.
-Your icon pack is ready.

-Subscription of Icons via Email.

-The newest and the best. 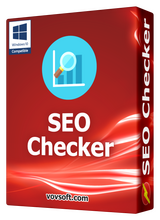