Control your Laserbot and work your way through the many exciting levels.
$0.99 EXPIRÓ
Votación de Usuario: 3 (100%) 0 (0%) Déjanos un Comentario

Control your Laserbot and work your way through the many exciting levels. Use your laser beam to activate switches or burn and explode objects, clearing a path to the end.

You'll have a large variety of puzzles to solve along the way. Some require thinking ahead, some require precise timing, and some just need brute force! You'll also have enemies to destroy and avoid along the way.

Use portals, balls, glass, explosives, magnets and more to defeat the enemy and escape the levels.

Laserbreak Renegades is a platform version of the classic Laserbreak Physics Puzzle.

Featuring some awesome new objects, Laserbreak Renegades is sure to keep you entertained for many hours!

Physics Objects include:
Balls - Roll the balls, catapult them, drop them - they are the most useful object!
TNT - Ignite the explosives with the laser beam. Detonate it to blast other objects around, smash glass, knock over dominoes and more.
Portals - Otherwise known as wormholes, they teleport objects from one place to another. Use them wisely!
Magnets - Use magnets to control the path of the steel balls and hold steel crates in place.
Ice - Melt the ice to reveal other objects inside! Melt it with the laser beam.
Wood - Burn wood with the laser, opening up more paths for the balls to roll, or just for the laser beam to aim through.
Glass - Glass reflects the laser beam and also holds other objects. You can smash it or crush it with other objects such as balls or crates.
Reflective shapes - Turn the reflective triangle shapes to reflect the laser beam on different angles.
Blocks - Reflective blocks to bounce the laser beam off. Non reflective blocks you have to think your way around.
Launchers - Fling balls, crates and coins around!
Laser Crates - Push, drop or roll them into place.
Booby traps - Careful of the traps!
Artificial Intelligence enemies - Avoid the enemies, once they have you in sight, you will need to escape quickly! 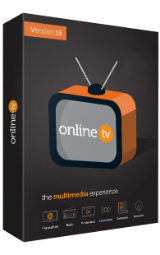