This giveaway offer has been expired. MBC Programmers is now available on the regular basis.

This is For All SketchWare Beginners Developers. to Learn How To Becoming SketchWare Pro Developer.

It's okay if you do not know anything about developing Android apps. Sketchware is an IDE that uses block language like Scratch, an innovative programming language invented by MIT that transforms the complex language of text-based coding into visual, drag-and-drop building blocks.

MBC Programmers helps you to learn how you can create your own applications, in SKETCHWARE. This App was intended to help those who just started in Sketchware. 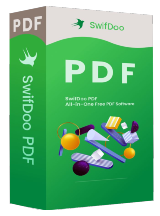