Experience the best Modern Tuk Tuk Auto Rickshaws : Mega Driving Games in which you have to perform different stunts on the impossible ramps and Modern tuk tuk tracks. Tuk Tuk auto rikshaw driver is a high speed traffic rider game to enjoy the rickshaw stunts in this tuk tuk racing game while, you are driving on rickshaw race highway. This tuk tuk auto rikshaw shooting game is very thrilling and entertaining driving game. Show your extreme driving stunts driving skills on the toughest impossible mega ramps with spiral rings to become the Best Rikshaw driver in 2021.

This Modern Tuk Tuk Auto Rickshaws - Mega Driving Game include many high power engine rickshaws. On start up of game, playing with first rickshaw is free to drive, If you want get a fun of drive on other Rickshaw you have to earn coins by showing your real driving skills. It has a lot of newly designed auto rickshaw to choose so that to perform ramp stunts. More Modern and unique designs in the listing of tuk tuk auto rickshaw, this game will keep you in touch with stunt driving games and thrilling mega ramp stunt games.
This endless mega stunts game comes with three different modes are included, first one is Highway, 2nd one is impossible spiral ramps in the air, third one is Desert and the forth one with Green lands.

Enjoy your one of the Crazy Auto Driving on the highway roads as a modern Tuk Tuk Auto Rickshaw Driver.

Modern Tuk Tuk Auto Rickshaws ,Mega Driving Game is a new entry in mega ramp stunts racing games that isn’t available anywhere. In these mega ramp stunts racing games you can improve your tuk tuk auto rickshaw driving stunt skills. This game is so cool and light on your device to show your some experience on real stunt racing games. This game isn’t like other tuk tuk driving games out there. it has many colorful environment in the land of driving tracks and zigzag ramps. 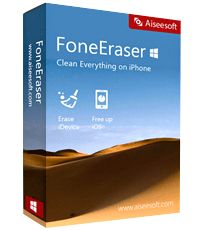