This giveaway offer has been expired. Mr. Big Two - Card game is now available on the regular basis.

☆ Automatic zoom support! If you feel so narrow space to touch a card, you can enable auto-zoom function!
Whenever you select your card, camera will be zoom in~!

At the beginning of each game, the dealer shuffles the deck to begin
with and begins dealing out the cards singly, starting with the person of
his right, in a counter-clockwise manner around the table.

The player with the 3◆ starts
by either playing it singly or as part of a combination, leading to the first
trick. Play proceeds counter-clockwise, with normal climbing-game rules

applying: each player must play a higher card or combination than the
one before, with the same number of cards. Players may also pass, thus
declaring that he does not want to play (or does not hold the necessary
cards to make a play possible). A pass does not hinder any further play
in the game, each being independent. When all but one of the players
have passed in succession the trick is over and a new trick is started by
the last player to play.

The game ends when one player runs out of cards. 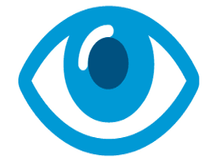