Android Giveaway of the Day - OS Round - Icon Pack

Renew your phone completely with this fantastic icon pack that will renew your android. Round icons based on Apple iOS.
To be able to use them you simply have to use a launcher, the one of your preference.

*Instructions*
Open the OS Round application and inside it go to the menu that is in the upper left.
-Select set or apply.
-The list of all supported launchers will appear, select the one of your preference.
-You can also open the launcher and from there apply them.
-Your icon pack is ready. 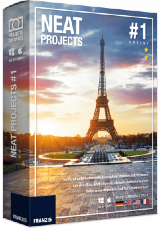