Perilune is a 3D lunar landing flight simulator game with procedurally generated terrain and realistic physics. The game allows you to take control of your own Apollo-style moon lander spacecraft, and attempt to make a safe descent to the lunar surface.

The simulator's physics model realistically portrays space flight, as well as modelling collisions and touchdowns across the entire 3D terrain. The lunar module spacecraft and landscape are intricately rendered, allowing you to appreciate the harshness and beauty of the environment from all stages of flight, right down until you make contact with the ground. You're also provided with a set of immersive flight instruments to aid you in your landing.

One of Perilune's most impressive features is the huge set of procedurally generated landing sites, all of which are fully explorable. Once you choose your flight parameters, including the numerical identifier for the area of lunar terrain where you want to land, the simulator will generate the hills, valleys and craters in real-time. You'll then be placed in the pilot's seat of the moon lander. All you have to do is figure out a safe place to land, and get on the ground as efficiently as possible! Easy, right?

Perilune also includes a fully functional replay system, which lets you re-live and analyse your flights from any camera angle while skipping back and forward at will. If you touch down safely, your landing will be scored based on a range of factors, from the stresses you put on the spacecraft, to the quality of the landing area you choose.

Do you think you have what it takes to fly a moon lander at the most difficult and critical phase of flight? Test your astronaut skills while exploring over 53 billion square kilometres of lunar landscape with Perilune. 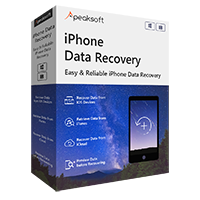