This giveaway offer has expired. Powder & Iron: Waterloo FULL is now available on the regular basis.

Powder and Iron: The Battle of Waterloo is a table top style strategy war game based on the Battle of Waterloo on June 18 1815. Please let me know your thoughts john.amarante8888@gmail.com
Objective: Capture the majority of the Victory Points at the end of turn 8 or eliminate all of the opposing armies units.
Design and Development: John Amarante
Quality Assurance Testing: Dennis Wassem
Special Thanks to
Greg, Cesar Rodriguez, Thomas Amarante, Brian Leighly, Alex Britton, and Brian Marshall.

July 19 2015: This is the final version.There will be no more updates to Powder and Iron: The Battle of Waterloo. There will be future Powder and Iron strategy games, probably even another Waterloo one.The goal was to make a viable strategy game for the 2015 Waterloo bicentenary.The project started in August 2014 with almost no Unity development experience. Some of the decisions made early on in development now pose problems for enhancing the game now, so it is time to take what we learned here and make the next project a reality. Please feel free to contact me about any thoughts you may have on the matter.

Thanks for your support. 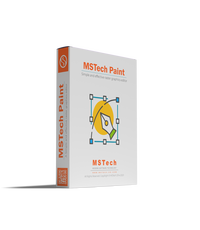