This giveaway offer has been expired. Rapid Launcher XP is now available on the regular basis.

Rapid Launcher XP is lightweight and powerful launcher for Android.

Launcher XP is a very lightweight launcher that lets you keep all your apps organized in an elegant and smooth way, while offering many other features as well. By default, the main screen of your desktop will show your most-used apps: WhatsApp, Facebook, Settings, Camera, Google Chrome, etc.

Launcher is the name given to the part of the Android user interface that lets users customize the home screen (e.g. the phone's desktop), launch mobile apps, make phone calls, and perform other tasks on Android devices (devices that use the Android mobile operating system). 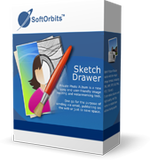