Real Dinosaur Hunter 3D Dinosaur Safari Hunter Survival Games 2021 is a game of hunting and shooting dinosaurs, but it is a real dinosaur simulator 2021. So, download our best hunting game and enjoy dinosaur game adventure, and don’t forget to rate and review our best hunting dinosaurs’ game. Hunt or be hunted! Embark on the dinosaur hunting expedition of a lifetime to kill the ultimate game in Dino Hunter.

Keep in the mind dinosaurs are deadly dangerous and attack you and you have to shoot them as soon as possible. If you try to shoot them with on bullet they will not be killed so you have to shoot them at least 3 bullets. if you are a real hunter they go in the mountains or desert pick assault rifle of you choice and start hunting. Journey to a hidden, untouched Jurassic island and kill the most ferocious animals in history. Encounter Jurassic beasts long thought extinct, from the docile stegosaurus to the terrifying T. rex.

Progress through varied shooter series to win rifles, shotguns and assault rifles. Make your kills and complete them all for even greater rewards. The dinosaur hunting games have real thrill and fun for dino hunter Players. The dinosaur hunter has amazed wild animal and dinosaur game where you can shoot with no wifi dinosaur game and dinosaur shooting game. jungle scenes of Dino adventure games in which player enjoys the hunting experience of his lifetime by diving into the depths of jungle Dino hunting game. Enjoy all exciting animal hunting missions of jungle hunting game 3D and enjoy your free time in one of the finest hunting experience of new era.

Real dinosaur hunting is a very clever animal game so when you are hunting the dinosaur then you have to use your professional dino hunter skills to hunt the dinosaur in dinosaur video games and dino run games. So keep your eye on dino and kill them with dino hunting experts. So welcome in the world of Dinosaur Shooter Challenge: Deadly Hunting Game or dino hunting games, free dinosaur game with offline dino game this beautifully designed dinosaur hunting or shooting game. 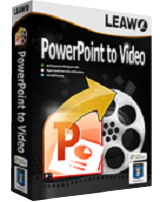