Super Sudoku has an intuitive and simple user interface that conveniently lets the players concentrate more on the game itself rather than...
$1.00 ΕΛΗΞΕ
Αξιολόγηση Χρηστών: 0 (0%) 1 (100%) Σχολιάστε

This giveaway offer has been expired. Super Sudoku is now available on the regular basis.

Super Sudoku has an intuitive and simple user interface that conveniently lets the players concentrate more on the game itself rather than figuring out how the UI works. Simplicity sure does have some good points and with this app, having a simple UI is really appreciated.

Although the UI is simple, you can still customize how it looks through changing its theme. A little play of colors wouldn’t hurt, so changing the theme once in a while may help the app look new to you each time you play.

Super Sudoku also has the folder filter feature that can select what and what not to display. You can set it to display only new puzzles or you can set to display the new, solved, and currently playing puzzles. As basic tools in most Sudoku apps, the undo and the pencil options are also available. 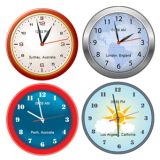