Android Giveaway of the Day - The Gorcs' Forge

125 years after the unsuccessful attempt to usurp the throne and being purged from the Kingdom to live hidden in the Northern Mountains, the Tronraneren dwarves, as they became known, return reorganized, with a vast military power, with the ideals that led them to the failure still alive, but optimistic that this time they would be victorious.

Surprised by the bad news and the greatness of the enemy army, while the time for the battle decreases, King Atrok draws up a strategy that includes the Gorcs village as a key factor, a place where, over the years, goblins and orcs became experts in the art of forging and had improved their skills together since the First Great War.

Be the protagonist in this important mission and take the role of the globin Zrurk, the best blacksmith in the Kingdom and leader of the Gorcs, with the responsibility of creating in a record time a production line of armory and defense equipment to meet the demands of war. Manage the resources, workforce and delivery times well, be determined, insightful and prove your worth. The bright future or the catastrophic fall of the Kingdom awaits in the end of the war and it is up to you!

A casual and challenging resource management game;
Forge weapons to support your army to win the war;
Manage your team to speed up the delivery of the weaponry;
Plan your resource gathering according to different demands;
Outstanding soundtrack;
Engaging unique story; 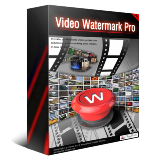