In an impressive vertical side scrolling shooter gameplay, you’ll be responsible of the triple heroes called Wonder Knights and their adventure. As one of the best shooting games this year, this arcader assures hours and hours of amazing fun, packed into stunning graphics, unique and thrilling artwork, great amount of upgrades, weapons and battle shot moments that will excite you to the fullest. It combines sword battle with archery, bomb and weapon shooting against tons of unpredictable monsters, enemies and bosses.

▶ STUNNING GRAPHICS AND ANIMATION
You’ll be impressed by the graphics and artwork in this arcade game. Wonder Knights is all about tiny details, creative characters, simply artwork that is unseen before in a vertical scrolling shooting game. Just explore, shoot and enjoy!

▶ NAIL-BAITING BATTLES
Your 3 heroes are powerful, especially if you upgrade them as the game progresses. However, the game has tons of nail-baiting moments and battles that will require great skill and full attention! Some monsters and bosses are extremely hard to beat. Find ways and use the right weapons to win with the 3 heroes!

▶ EXPLORE WORLDS AND MISSIONS
What makes Wonder Knights exciting are its monster shoot and adventure shoot missions. Follow the mission dashboard and execute the missions to earn more upgrades. Collect coins in the battles so you can make your heroes more powerful. Explore different worlds with unique enemies and bosses and feel the real excitement.

■ Characters with different roles
- Place the tank in the front and range dps in the back!
- Characters have variety of unique skills that make more strategic gameplay!

■ Battle with giant boss monsters
- Learn the distinct battle pattern of boss monsters to fight against them!
- The boss battle has phases with difficulty rising after each phase!

If you want to translate English to your language, visit this link. I'll apply it to our game.
http://goo.gl/IM872w 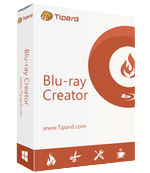