Android Giveaway of the Day - X.cor.R

This giveaway offer has been expired. X.cor.R is now available on the regular basis.

Events in the game happen in the endless marshes, extending for many kilometers, in the taiga.
Inaccessible places and constantly advancing marshes make this region difficult for human survival.
Dangers on every step, unexplained natural events
and thousands of mysteries await researchers.
In the heart of marshes is based a scientific expedition, that studies the abnormal phenomena
and collect rare objects and materials. According to the legends, in these places,
Here you will find flooded constructions, having very ancient extraterrestrial origin.
The player will take part in the events related with the activities of mysterious alien race,
existed in the vast marshes from ancient time.
And commit raids to collect materials for the expedition,
constantly being exposed to danger from the abnormal creatures of ancient civilization.

GAME
FEATURES:
*Specifically designed controls for playing first person shooter on the touch screen.
*Two modes of fire: Standard and alternative. You can quickly switch modes during the battle.
*Completely open world.
*Three large locations
*Hunting the dangerous creatures and mutants with paranormal powers.
*Collect alien vegetation, artifacts and biomaterial.
*A few types of firearms
*Cold arms
*Mines with bio-scanner
*Protective clothing
*Bioradar and scanner state of the player
*Selling and purchase of loot equipment, medicines and food.
*Execute the current tasks of the expedition and the search for the missing group.
*Fishing and Hunting, followed by cooking meat and fish over a campfire.
*Search hoards of gold in an abandoned village.
*Changing of the time of the day and weather effects.
*Simulation of life player:
-thirst
-hunger
-freeze
-poisoning
-sleep
-anomalous and mental damage

Currently the game is in development.
The following updates will be added to the content,
corresponding to a given episode. 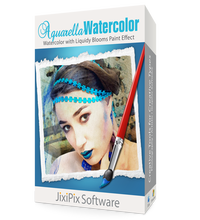