This giveaway offer has been expired. Fourth grade Math skills - Fractions is now available on the regular basis.

Intuitive interface powered by handwriting input and a choice of three fun and engaging mini-games in addition to a regular math trainer mode makes our app stand out from the crowd of generic math learning apps. 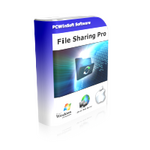