Battle in the lands surrounding ancient Rome on an epic quest to achieve the highest Roman honor: GLORIOUS MAXIMUS!

*** Support for ALL Android devices - Phones and Tablets! ***

"Combat is fast-paced and makes the title perfect for on-the-go gaming." - IGM Mobile

Recruit powerful champions from around the Mediterranean to crush your enemies in this fast-paced action brawler! Use the gold from your victories to purchase new weapons for your champions. Travel the dangerous roads on highly-detailed map of the lands around ancient Rome, and leave glory in your wake... Show no mercy, for none shall be shown to you!

Easy to learn, and fun to master controls. Touch controls are smooth, responsive, and easy to learn: tap to attack, hold to block, and swipe for special combos. When you've beaten your opponent sufficiently off his side of the fighting ground - victory is yours (and he is dead)! Quick melee brawls in fighting-game style make Glorious Maximus perfect for intense bursts of gaming on the go. Play this hilariously action-packed brawler and begin your glory-quest around Rome! 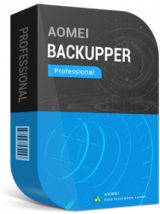