This giveaway offer has been expired. Superhero War Premium: Robot Fight - Action RPG is now available on the regular basis.

Warriors, robot war broke out - time to fight.
In 2250, Cirin is being invaded by mutant robots, who want to capture the Techno of Cirin - which owns secret of the robo 20.0 era.
The transformer hero team summoned by the peace alliance to protect Cirin. They found that there were not only many types of monster robots but also built countless towers and machines to build troops and attack the entire city.
Let's accompany the robot superhero in the robot games to create an ultimate robo squad to kill the monsters and their cruel machines!

BATTLE - CHALLENGE
A fun rpg game about transform cartoon superhero with awesome fighting and action skills. Overcoming 50+ challenges in game mode with the ultimate shooting skills of superheroes. Use tactics and fellow robot fighters to fight against monsters in the city and unlock other areas.
DEFENSE - RPG
This robot game is a novel combination of defense games and RPG games. You fight constantly with monsters and protect your Techno base. Collect and upgrade electro-optical towers and magic towers to better protect this important base.
COLLECT AND UPGRADE WEAPONS
Become the master of action fighting power with legendary equipment and weapons, collect 12+ types of guns and swords, upgrade them to make the city war of the legendary warriors easier.
MERGING ROBOTS - DOUBLE STRENGTH
Build your own team by unlocking new cartoon superheroes. Each robo warrior owns a different power, summons and awakens all skills to own the strongest team. Unexpectedly: Unlock the third giant superhero to be able to enjoy the power of the other two superheroes. It's great when a hand hold the sword, other hold the shooting gun and kill the monsters in a few seconds.
EPIC SKILLS - OPTIONAL TEAM
Superhero War has 3 main hero superheroes and 7 robo assistants, each robot or assistant possesses special skills with gun and sword endless power. Choose the most powerful assistant, upgrade them and combine the legendary robots to best develop the team potential to protect the city in the fighting battle.
STUNNING CONSOLE-QUALITY GRAPHICS AND SOUNDS
Superhero War brings you great superheroes with extremely high quality graphics and sound. The perfect action and fighting scenes can not be ignored a RPG action game about robot battle. Experience!
NO INTERNET - NO PROBLEM
Superhero War is an offline game of Robot Games, meaning it can be played anywhere and at any time without an Internet connection. This will be the best game of robot games you've ever played
Download free and experience Superhero War - this fighting game shares with friends now! This offline game will bring you the most amazing adventures and it will give you more time and great experience. You will be addicted to this offline war robots game.
Connect with Superhero War at: https://www.facebook.com/SuperheroWar.Unimob 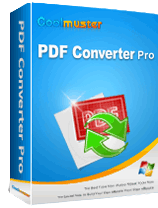